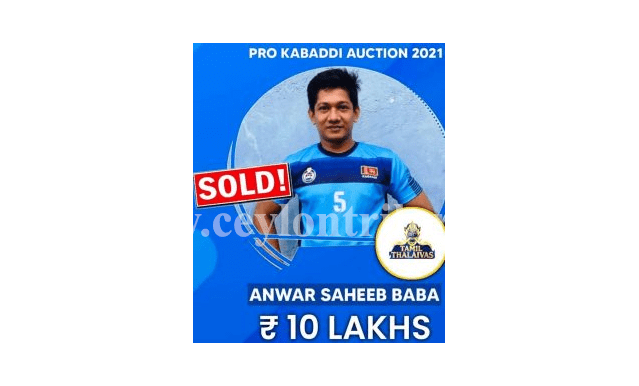 Sri Lanka kabaddi player Anwar Saheed Baba of Sri Lanka Navy has been bought for Indian Rupees 1 million by one of the franchises of the Indian Pro Kabaddi League (PKL) for the first time.

The auction for the eighth season of the Pro Kabaddi League (PKL), india’s second most followed league after IPL was held in Mumbai from August 29-31. The league, which was not held last year due to the coronavirus pandemic, is scheduled to begin in December 2021.

A total of 22 overseas players had been bough for the PKL this year whilst 20 found no takers. 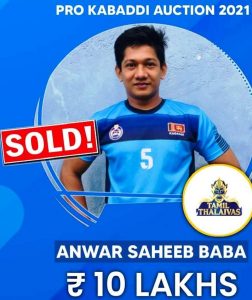 “Agreement signed at 12:06 am on Saturday secretly” JVP says Govt sold Kerawalapitiya pp to US firm