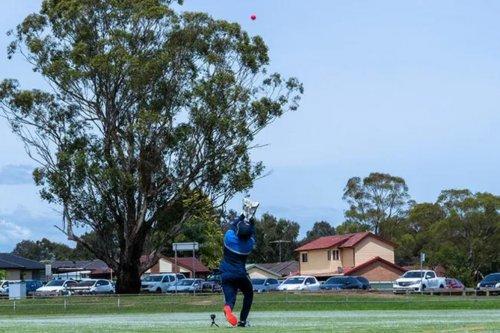 A Sri Lankan man living in Australia broke a Guinness World Record when he caught a cricket ball that was dropped by a drone 393 feet and 3 inches over the ground.

Thimothy Shanon Jebaseelan said he first attempted the record for highest catch of a cricket ball in 2019, but he ended the attempt with a broken finger and no broken records.

Jebaseelan attempted the record a second time about two years later, successfully catching a ball dropped from a height of 393 feet and 3 inches. He broke the record of 374 feet, set by Kristan Baumgartner of Britain in 2019.

“Breaking a Guinness World Records title is my dream. Ever since I was a kid I have been dreaming of this,” Jebaseelan told Guinness.(UPI)