Lanka Premier League 2022 will commence on the 06th December 2022 in Hambantota with the inaugural game scheduled to be played between defending champions Jaffna and Galle at 3 PM.

The first round of the tournament, which will consist of 20 games will be played in Hambantota before it moves to Kandy and then Colombo. The final round games will also be played at the RPICS in Colombo.

Lanka Premier League 2022, which is Sri Lanka’s topmost domestic tournament, with an international flavor, will consist of 24 games and will see the participation of topmost domestic and international cricketers. The upcoming edition of the tournament will see the participation of a number of star international cricketers. The names include Evin Lewis, Carlos Brathwaite, Janneman Malan, Dwaine Pretorius, D’Arcy Short, and Shoaib Malik, among several other players.

“The appetite for cricket in Sri Lanka is huge and we are bringing the best of cricketing action to our fans in Sri Lanka. With the Lanka Premier League, we want to provide some high-energy T20 cricket throughout December. Sri Lankan Cricket has always produced many world class players and the inclusion of top international cricketers like Evin Lewis, Carlos Brathwaite, and Janneman Malan among others is contributing to the growth and popularity of Lanka Premier League in the subcontinent. I am sure that the third edition will be a success like the last two seasons,” said Mr Anil Mohan, Founder and CEO of IPG, the official promoter of LPL.

The Final Round Games will see the top two teams in the points table playing the qualifier 1, whilst the 3rd and 4th placed teams on the table playing in the ‘eliminator.’ 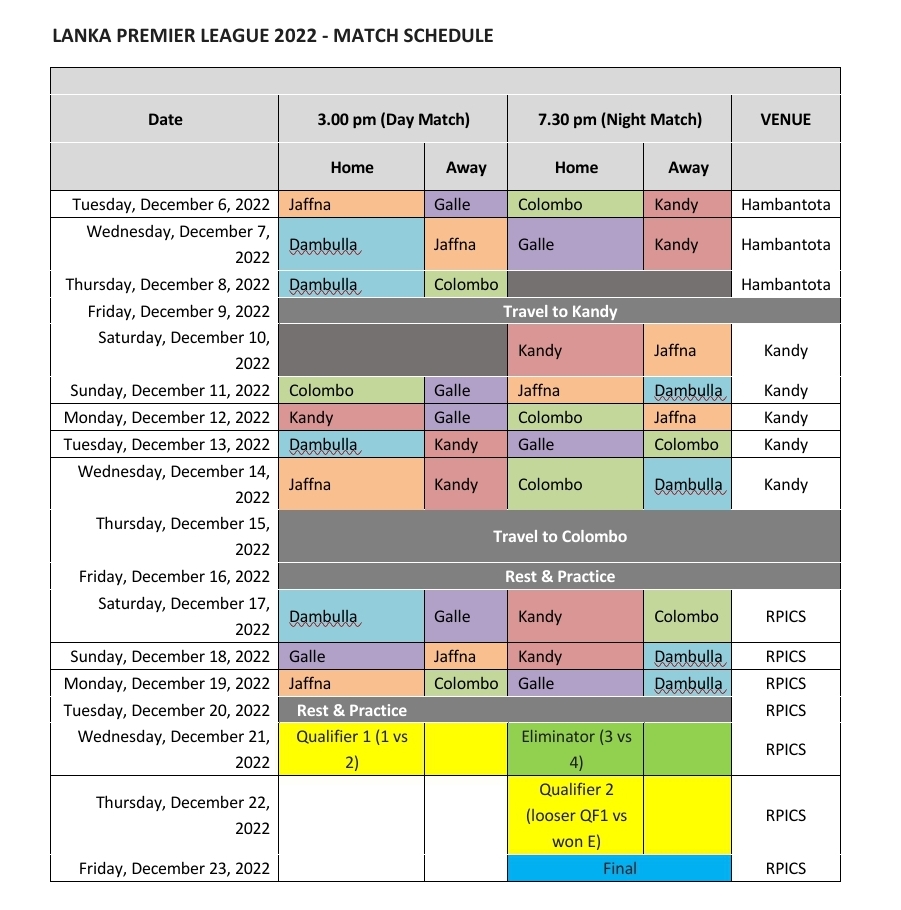