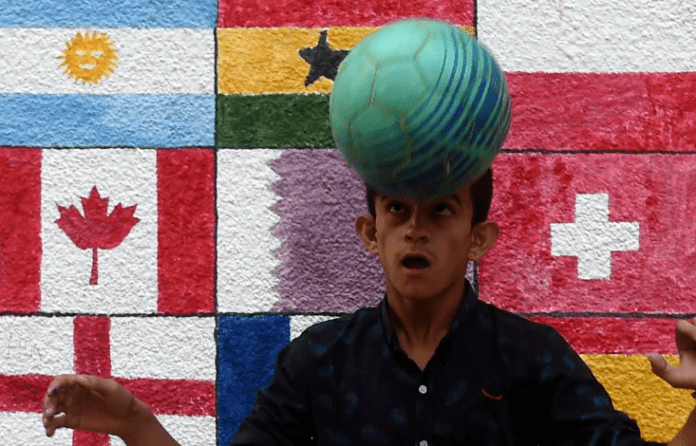 ISLAMABAD — Pakistan’s national teams have never qualified for the FIFA World Cup, but its footballs repeatedly have, and thousands of its troops for the first time are guarding the competition underway in Qatar.

The mega event kicked off on Sunday in Doha, the capital of the tiny Gulf state, which expects to host more than 1.2 million visitors during the nearly monthlong competition ending on December 18.

Qatar has formally recruited security forces from 13 countries to assist local partners in ensuring a seamless World Cup, with Pakistan being the largest contributor. Britain, France, Germany, Italy, Jordan, Kuwait, the Palestinian Territories, Poland, Saudi Arabia, Spain, Turkey and the United States are the other contributors to the security mission.

The Pakistani contingent comprises more than 4,000 military, air force and navy troops of all ranks. They make the South Asian nation the largest contributor securing World Cup stadiums and hotels in the Middle Eastern country, which has a population of less than 3 million.

The troop deployment was requested by the Qatari government in line with “excellent brotherly relations” between Islamabad and Doha, a senior Pakistani security official said in written comments shared with VOA.

“It’s a first time ever a mega event being hosted by a brotherly Muslim country which required substantial arrangements so on request of Qatar government, Pakistan provided the troops,” the official said on condition of anonymity for lacking authority to formally speak to media.

“The Pakistani troops are being employed on security duties inside and outside the venues the way deemed fit by the Qatar authorities,” the official said.

“These troops have received requisite training at Pakistan under international team of instructors from the U.K. and Qatar prior to the conduct of the event,” he added.

Pakistani Prime Minister Shehbaz Sharif hailed the hosting of the World Cup by Qatar. He wrote on Twitter “the world will experience the best of Qatar’s history, culture & hospitality.”

On behalf of the government & people of Pakistan 🇵🇰 , I extend our best wishes to His Highness Sheikh Tamim Bin Hamad Al-Thani, the Emir & brotherly people of Qatar 🇶🇦 for hosting the football World Cup. The world will experience the best of Qatar’s history, culture & hospitality

“It is for the first time that a Muslim country is hosting this biggest sporting event in the world. Good luck to all the participating teams,” Khan tweeted.

Wishing Qatar the best for successfully holding the football World Cup, which begins today. It is for the first time that a Muslim country is hosting this biggest sporting event in the world. Good luck to all the participating teams.

Turkey has reportedly deployed around 3,000 riot police, making it the second largest foreign contributor to the security arrangements the World Cup host has put in place. Around 100 special operations police officers, 50 bomb specialists and 80 sniffer dogs were also to be included in the Turkish security mission.

Pakistan and China, have supplied the official match balls for the World Cup 2022, called Al Rihla. It means “the journey” in Arabic and is inspired by the culture, architecture, iconic boats and flag of Qatar, according to the FIFA website.

The South Asian nation was also among the producers of the official match balls for the previously two World Cup championships in 2014 and 2018.

The footballs are manufactured in Pakistan by German multinational Adidas through ‘Forward Sports’ in Sialkot. The Pakistani city is famous for producing high quality sports goods and hosts many of the producers of FIFA certified footballs.

Hassan Masood, managing director of Forward Sports, said in a statement in the run-up to the World Cup that 3,000 footballs would be used during the tournament in Qatar and 8 million replicas are expected to be sold around the world.

Pakistani manufacturers have also reportedly produced tens of thousands of flags of countries participating in the World Cup and shipped them to Qatar.

Islamabad has previously dispatched troops to the Arab Gulf nations to help in combat and peace-building missions.