Shanaka became the first cricketer to score 50+ runs in death overs of T20I innings more than once.

Based on his performance yesterday, Shanaka also became the first cricketer to score 50+ runs at a 250+ strike rate in a T20I inning against India.

Dasun Shanaka has also become the highest run-getter batting at No. 6 in T20Is, while he is also the cricketer who has recorded the fastest T20I 50 (balls played) for Sri Lanka.

The match between Sri Lanka and India in Pune also is the first-ever T20I match where a player from both teams reached a fifty in 20 balls or less.

The feat was achieved by Dasun Shanaka for Sri Lanka and Axar Patel for India. 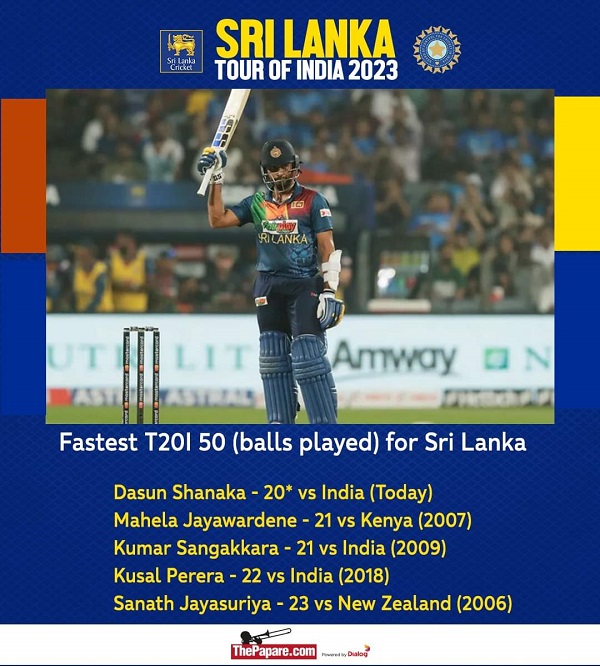 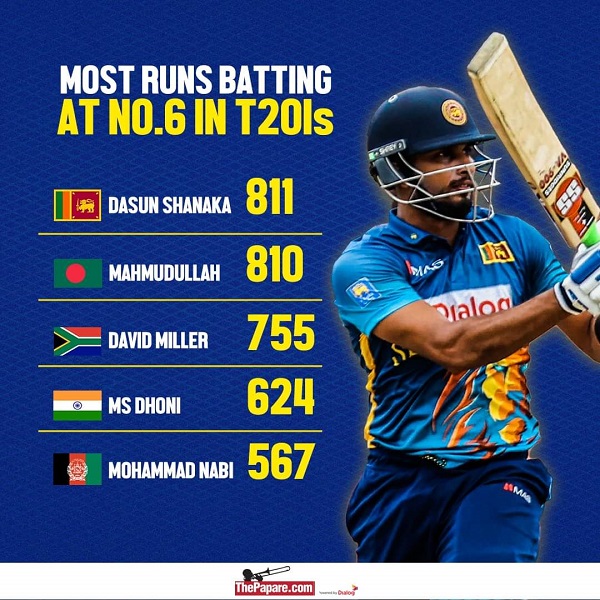